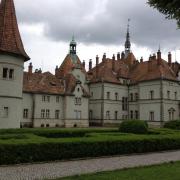 The Transcarpathian castles have been built by different people in different times. If you start at “Solnce Karpat” and follow the Kyiv-Chop highway, the first castle you meet after a 15-minute drive would be the Schönborn Castle. The castle-palace of Count Schönborn has always piqued the interest of the European aristoi. The year 1890 – when it was built – is carved into every weather vane. In style, the architecture is similar to French Renaissance and follows the astronomical style, with its 365 windows – for days in a year, 12 entrances – for months, and 52 rooms – for weeks. 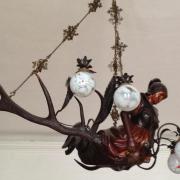 The courtyard lake is reminiscent of the map of the Austro-Hungarian Empire in shape. Every autumn the noble guests came here to hunt, enjoy the Carpathian beauty, take a break from the boring high society life and have some fun. The local legends have it that the palace with the arboritum and the pond was a gift from the Count to his beloved wife Francisca. The Count was a very jealous person and had always suspected his wife to be cheating on him. He had suddenly returned home once, only to find his wife with the young colonel who was visiting them. Erwin-Friedrich was so enraged, he shot down the tower clock and ordered the young guest to be thrown off the highest mountain. As for his wife, the Count had a custom chandelier made: a redwood statue of Melusine with the face of the unfaithful wife and deer antlers. The chandelier was placed in the ballroom, so that all the guests could see the fruit of the Count's revenge. 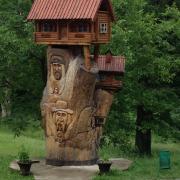 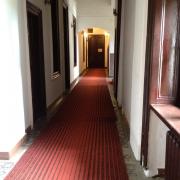 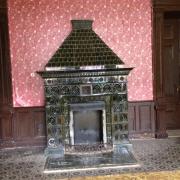 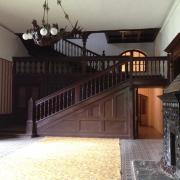 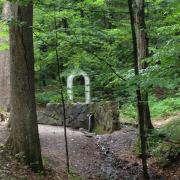 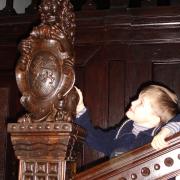