Sightseeing tour to Mukachevo and the Palanok Castle

Close to the Mukachevo town (30km from us) you can see the Palanok castle settled on a mountain. Although there is no data as to when it was built, the earliest mentions date back to the 11th century. The castle's fate and history is connected to Fedir Koriatovych, who received it as a gift from the Hungarian king Sigizmund in 1396. Fyodor turned the castle into his own residence. He ordered a well to be dug, 85m deep and 2,5m wide – in case of long sieges. This well has a captivating legend to it.

During the course of its history, the Palanok Castle has had numerous owners, who made different changes to the fortress' exterior. Thus in 16th century a moat (17,5m wide and 6,5m deep) was built and filled with water, while the inner circle was surrounded with strong oak fence (“palanok”) which has earned the castle its name.

The castle's history is rather complicated and has seen many a siege, the most famous of which would be the Austrian siege, which lasted for 3 years.  The opposite side was headed by Ilona Zrínyi, the widow of Count Ferenc I Rákóczi, and her son. In the end, the castle surrendered due to treachery – the water in the well was poisoned. The Countessa's courage was awarded with a special certificate by the Turkish sultan. Ilona Zrínyi is the only woman to have received the highest award of the time. 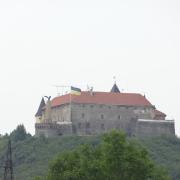 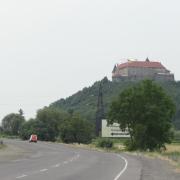 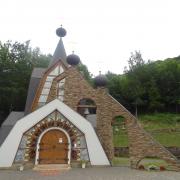